JuventusSerie ATop Stories
On Nov 5, 2019 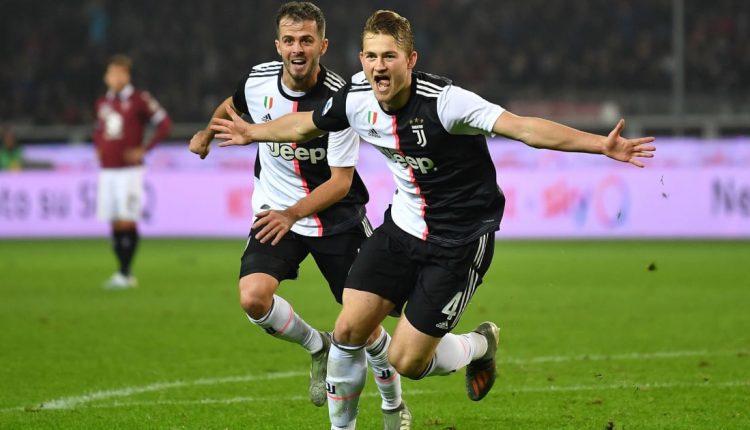 ​Juventus centre-back Matthijs de Ligt has been ruled out of the club’s upcoming Champions League clash against Lokomotiv Moscow after spraining an ankle during the club’s derby match against Turin on Saturday.

The 20-year-old was Juve’s hero in the Derby della Mole as he scored the only goal of the game – his first for the Bianonceri – to help keep the club’s one-point lead over Inter at the top of the Serie A table intact.

De Ligt’s goal was expected to be a real turning point after his slow start to life in Italy, but Juventus have confirmed that the centre-back will now be forced to miss out on their next Champions League group stage match in Moscow.

The Daily Mail report that de Ligt will miss Juventus’ match on Wednesday as a result of a sprained ankle, an injury which he picked up during the Turin derby.

De Ligt will now likely be replaced in the starting lineup by either Daniele Rugani or Merih Demiral, with Leonardo Bonucci expected to keep his place in the heart of their defence. That win has seen Maurizio Sarri’s side stay joint-top of Group D alongside Spanish giants Atlético Madrid, while will travel to face Bayer Leverkusen on Wednesday.

It’s unknown exactly how long de Ligt will face on the sidelines in light of his recent injury, but as Giorgio Chiellini won’t return until next year, youth team stars Filippo Delli Carri or Erasmo Mulè could be promoted into the senior side. The Rossoneri have won just one of their last four games in ​Serie A and currently sit in the bottom half of the table – level on points with pre-season relegation candidates Udinese.

Liverpool 4-3 Borussia Dortmund: European Nights at Anfield Don’t Get Much Better Than This