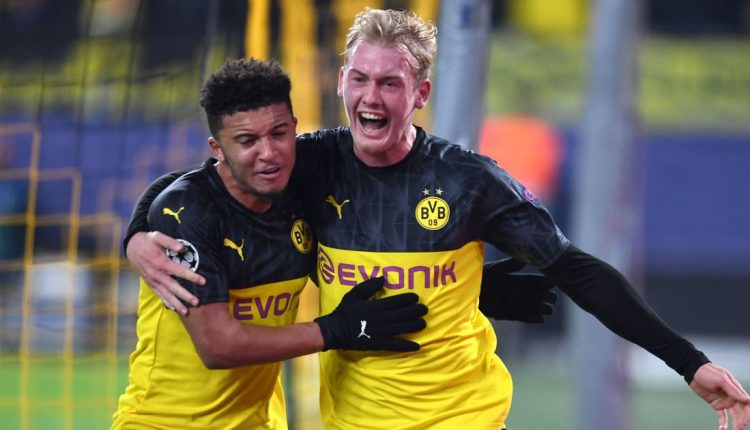 ​Borussia Dortmund produced a second-half performance for the ages as they fought back from 2-0 down to pick up all three points against Italian giants Inter on matchday four in the Champions League group stages on Tuesday night.

The visitors needed just five minutes to take the lead at the Westfalenstadion, with striker

Romelu Lukaku was denied by the woodwork as they searched for a second goal, while soon after a last-ditch tackle from Julian Weigl ensured the Belgian’s name still wasn’t on the scoresheet in Germany. 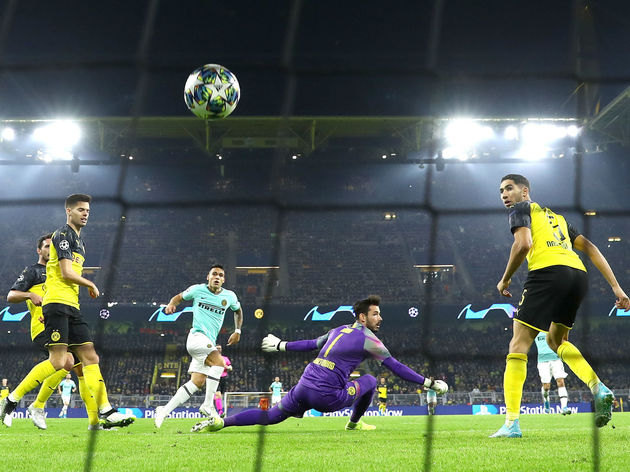 There wasn’t much to shout about for Borussia Dortmund with such a poor first-half display in defence and arguably an even worse one in attack but the hosts were a completely different team after half-time thanks to an early goal from Achraf Hakimi.

Even before Hakimi’s goal, the Morrocco international had been Borrusia Dortmund’s best player on the pitch, giving very few chances down his side of the pitch while also supporting Jadon Sancho in their attack.

Starting a petition to start Hakimi as our Striker. To much offensive potential. #BVB #BVBINT

Sancho and Hakimi on the right 

Achraf Hakimi is an industrious full back

Hakimi, who celebrated his 21st birthday on Monday, then popped up with his sixth goal of the season to complete a historic comeback against Inter, combining perfectly with Sancho and highlighting exactly why he’s rated so highly by his parent club, Real Madrid.

If there’s any doubt about Inter’s title credentials in Serie A this season, Tuesday’s first-half performance in the Champions League should be more than enough evidence that Juventus might not be wearing a Lautaro Martinez – what a predator. What a finish.

Lautaro Martinez is absolutely insane. What an unbelievable goal, genuinely putting himself among the best strikers in the world.

Lautaro Martinez is such a big-time player and the scary part is that he’s got so much time to improve. Even at 22, he’s not even in his prime yet and it’ll be scary to see what he’s able to do within the next decade. #UCL

Lautaro Martínez has done it again. Blistering pace. Came from nothing. #BVBINT

Lautaro Martinez is a fantastic footballer. Excellent dribbler, good heading ability, clinical finishing and some lovely South American flair. Although his link-up play does need work. Inter Milan have a future world-class player on their hands.